And we are back, with a bang, quite literally! A list of movie recommendations for the music(ian) in you. This classic flick captures the tale of the Bohemian Rhapsody, the celebration of their song Queen, their music, and their extraordinary lead singer Freddie Mercury, who overstepped stereotypes and conventions and went on to becoming one of history’s most sought after entertainers. It also chronicles the band’s revolutionary journey wherein Freddie left to pursue a solo career only to reunite for a live concert, which became one of the greatest performances in the history of rock and roll music.

A documentation of the fantastical human story of Elton John. The turns and junctions that made him the most iconic artists of his time. Before he became a piano legend and an internationally acclaimed super star, he went by the name Reginald Dwight and had a rather shy personality.This movie traces the transition from this to that.

A romantic tale cladded in music, mentoring and honesty is what ‘A star is born’ all about. A musician Jackson Maine meets and falls in love with a struggling artist Ally. While she decides to pack up her career, Jackson pushes her to make it big. But as she treads on success, the personal side of things go for a toss with Jackson battling with his own internal demons. What follows are instances of self-destruction, ambition, addiction, heartbreak and sacrifice.

A young jazz drummer, Andrew Neiman, aims to crack the top position of his elite music conservatory. Found, discovered and trained by Terence Fletcher, an instructor infamous for his teaching methods, Andrew makes it to becoming an aspiring drummer into the top of jazz ensemble. With this amazing turn of events, his success soon takes the shape of obsession. At this point, his mentor and teacher took it upon himself to push Andrew back into sanity.

This bollywood flick revolves around the experiences and failure of a music band founded by a friends group of 4 members in their college time. With the end of college life, all 4 split and move into different directions only to meet after 10 years later and reignite their music spree with more mature and thoughtful decisions. True passion can never be defeated. No matter what the circumstances become and obstructions befall, if it has to happen, it has to happen. This is what Gully boy enforces as a movie. Inspired by a self made rapper, this movie projects the rise of a young boy from Dharavi, Mumbai, who tailors his slum experience into captivating songs. Not only does he manage to become one of his own kind but also constructs an army of the like.

A young musician sets out to challenge Tansen, one of the greatest musicians in emperor Akbar’s court, to avenge his father’s death. Baiju indulges in a music duel and manages to defeat Tansen. The story escalates with a love triangle and how Baiju’s revenge requires him to learn real music, wherein he needs to feel a great amount of pain to generate a melody that can melt hearts.

More from: Motivation Music
Back to The High Road

I have been using zymrat since 3-4 years now. Big fan. Love the products, very stylish and comfortable. Coming to the Ball Cooling Pants - IT’S AMAZING.

Excellent after sales customer support! Didn't like what I ordered and was a bit apprehensive about returns and exchange, but was pleasantly surprised by the professional and positive response.

Only hype and false promises of guaranteed quality. Here is logo getting ripped in first machine wash. Poor customer service. 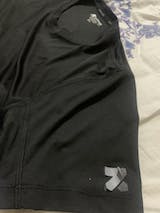